HuniePop 2: Double Date is an adult game that was developed and published by HuniePot, and is the direct sequel to the original HuniePop. You play as the same protagonist, i.e. "You", from the last game. The game was released on February 8th, 2021.

The plot is that there are two cosmic creatures that will be awoken from their slumber by their period and you must awaken them before that happens and please them sexually. To do this, you need to earn fairy wings, which can only be earned by having 3-ways, to make a volcano erupt. 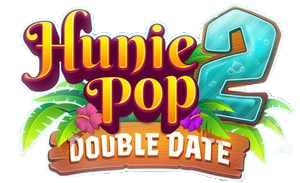 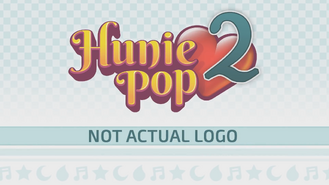 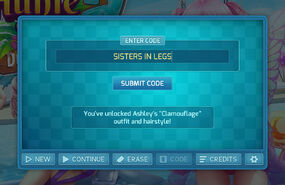 Demonstration how to enter outfit codes.

So far, 13 characters have been revealed for this game while it's been confirmed that HuniePot "set a goal of 12 girls, not counting your favorite love fairy of course." - Kyu via Hunie Direct - Aug 2018 video

There has also been some confirmation that two beings known as the Nymphojinn shall be present.

* The character must be unlocked.

Although Huniepop 2 has not received any official merchandise, pre-orders were available from March 10th, 2021 to March 24th, 2021 for a set of acrylic charms made by Huniepop and Huniepop 2 CG artist, Ninamo. Two sets were released that included all of the main girls as well as Kyu and the Nymphojinn which were labelled as "secret character", in a cute chibi-esque style.

Community content is available under CC-BY-SA unless otherwise noted.
Advertisement